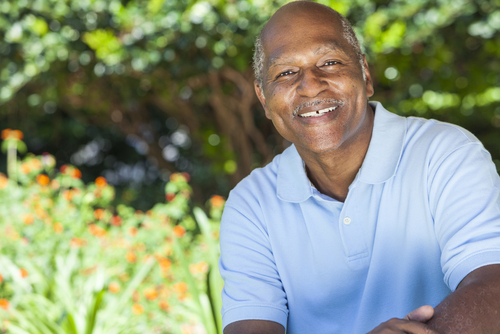 Possible reasons as to why black men are consistently underrepresented in prostate cancer research studies — despite being three times more likely to develop the disease than Caucasians, and often presenting more aggressive disease — was the focus of research that hopes, by addressing this problem, to help overcome it.

The study, “Research engagement among black men with prostate cancer,” published in the journal ecancermedicalscience, may guide researchers in including more blacks in future studies, which is of major importance to understanding those therapies best suited to this patient population.

“It’s important that future research be generalizable,” Dr. Mieke Van Hemelrijck of King’s College London, and a study author, said in a news release. If black men don’t take part in research studies, she added, their needs and experiences will be missing from the conclusions.

Prostate cancer is the most common male cancer in the United Kingdom – with blacks at a threefold increased risk. It is not clear what explains these considerable differences, although it is likely to be a combination of genetic variations, lifestyle differences, and medical care.

To better understand possible barriers to black participation in prostate cancer research, a team with the Division of Cancer Studies at King’s College conducted two focus groups interviews that included 16 black males currently under treatment for prostate cancer at Guys Hospital in London.

They found that barriers to recruitment included mistrust of investigators, and a lack of understanding about the benefits and consequences of taking part in research studies. A reliance on herbal medicine and an aversion to financial incentives were also issues that appeared as barriers.

The researchers suggest that better engagement with the black community and disseminating reliable information would help to improve recruitment, as information was a key barrier.

“There was mention of a mechanic who offered a free MOT to every black man who had received a prostate check at their GP surgery,” Dr. Charlotte Toms said.

“When asked ‘do you think it helps the fact that he was a black man, who had been through it himself? And then he was then trying to engage people to come in?’ An individual responded, ‘yes, yes. That helped,'” Dr. Toms added.